I’ve had a lot of colleagues in my career, some good, some bad, some absolutely fantastic. In this post I’ll go into some of the common traits that make them fantastic:

Always be inquisitive, if you encounter a problem the first thing all the great programmers do:

This will bring you to StackOverflow questions, news groups, mailing lists, online documentation and more. This sounds very obvious but I’ve had a lot of colleagues that first asked a colleague instead of Googling. This is a bad habit in my opinion. Google has a lot more information than all your co-workers combined, there is no need to force a costly context switch upon your colleagues if you’ve got access to do greatest collective knowledge base.

Most of the time the first hit on Google doesn’t provide you with an answer, don’t give up…! Keep on looking, try different search queries, dive into the source code. If non of the resources listed above yield an answer, ask the community, post a question on StackOverflow, ask on the mailing list or newsgroup.

Once you’ve found the answer you’ve been looking for, done! Right?

WRONG! This is where you can distinguish yourself from the average programmer. You’ve got something important left to do. 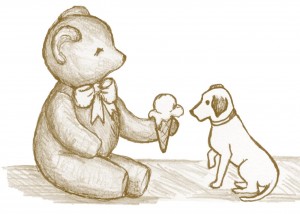 The longer it took you to find the answer, it’ll also take other people the same time to find the answer. Backtrack how you came to the solution, write it down if necessary. Have you encountered your problem/question on StackOverflow? Forum posts? Newsgroups? If so, go back there and tell them about your answer. If there wasn’t any question but you just used the wrong search queries to find something, write a blog post about your solution in your own words. Other people might find it easier thanks to you.

I’ve even had cases where I asked a StackOverflow question, found the answer myself, and answered the question myself. This sound silly, but helps other programmers! [example]

It turns out there is a bug in Open Source framework N… what does a good programmer do?

It turns out both are wrong. Open Source is only possible because there is a community willing to fix problems. So answer number one is an obvious mistake. You picked the framework with care (presumably), encountering a bug is rare and a great possibility to help the community.

So what is wrong with the second answer? Instead of directly downloading the source and creating a path, first get in contact with the people behind the framework. One famous story is that Linus Torvalds (from Linux) rejected a beautifully crafted piece of code (which would greatly improve the speed of the Linux kernel) just because the author worked on it all alone for 6 months. First discuss your possible fix with the community, work together! 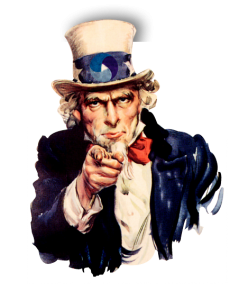 Also, an open source project isn’t dead because nobody has fixed your bug; it is dead because you didn’t fix the bug.
You are the community!

Programmers should be proud. Once you’ve made something you can’t wait to show the result to the clients and test your take on their ideas. If there a possible bug in a piece of code you wrote, touched or reviewed? Jump in there and help your colleagues! 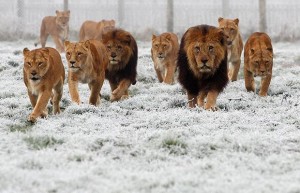 But beware, there is good pride and bad pride. Bad pride is when you think a code review isn’t needed because you‘ve made it. Bad pride is thinking you’ll solve it alone instead of pair programming. Good pride is being proud of what you’ve made and feeling the shared ownership and responsibility. Be proud of your team, your product. Be passionate, but don’t be proud of yourself. Embrace feedback, code reviews and pair programming!

In almost all professions the best employees are diligent and hard working. Except programmers, the best and most celebrated programmers are lazy. It is probably the only profession where it is considered a good trait (except maybe mattress and pillow testers).

Perhaps the best-known lazy contribution to computing was the invention of the compiler by Grace Hopper in 1952. She did this, she said, because she “was lazy” and hoped that “the programmer may return to being a mathematician”.

If a programmer is asked to do something on a regular basis he/she will instantly try to come up with a way to avoid it. Script once, run many times. This is also true for our clients, if a client is talking about repetitive work it starts to itch, we programmers instantly feel the urge to eliminate this and automate the tasks.

Also: Lazy people will quickly learn keyboard shortcuts, like every good programmer should (!!)

To navigate an entire code base you’ll need a mental model in your head. To do this you need spatial visualization ability. Mental models in programming are usually called ‘codespace’. 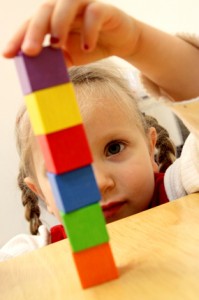 Using spatial skill as a programmer works in two ways, first is knowing the entire code base. When you have to make a change or addition to some code you’ll need to know where to look. Where do things happen, how does the flow between objects/instances go through the application. Which parts interact with each other.

Second, you have to recognise the code you are working with (on source/text level). Most of the time you switch between multiple files and the best programmers I know are always aware of their location inside the file they are working on. Just by looking at the text outline/structure they can quickly navigate inside source files. This also requires great spatial visualization ability.

There is also research being done about the link between programming, spatial skill and sex differences. It’s been known that men and woman do have different spatial visualization in the brain. Maybe the current method of teaching programming or navigating in IDE’s is better suited for males than females?